The 23rd IAHR APD Congress will be organized by the Department of Ocean Engineering, Indian Institute of Technology Madras, Chennai, with the support of the allied departments of the institute.

The Indian Institute of Technology Madras (IIT Madras) was founded in the year 1959. It is situated in the south Indian city Chennai (formerly known as Madras). The Institute is a self-contained, beautiful, green residential campus of about 250 hectares with all the modern amenities and support services. The Conference will be organized by Department of Ocean Engineering which is a center of excellence in the field of Coastal, Ocean, port Engineering, Inland navigation, sedimentation problems and allied departments are involved in a variety of problems related to Fluid Mechanics, Hydraulics, water resources and Management.

The objective of the current IAHR APD congress series is to bring together scientists, engineers and researchers in the region to share their ideas and experiences in the area of hydraulic research including Maritime Hydraulics. The main theme of the 23rdh congress is Water-From Land to Sea- Conservation and Management. The Asia-Pacific rim has been experiencing floods as well as water problems forcing Researchers to work towards conservation, mitigation and also to cope up with the climate change effects on the water Resources. The 2015 flood in Chennai and the recent mammoth floods in China are examples. The sedimentation hampering smooth transport through navigable rivers, closure of river mouths, coastal erosion are problems that are perineal needing attention. The climate change adds a new dimension to the problems aforementioned. The 23rd IAHR APD Congress will provide an excellent forum for exchange of ideas and experience among scientists, engineers and researchers with a common interest in water environment and hydraulic problems.

Main Theme: Water – From Land to Sea – Conservation and Management

Dr. Adrian Wing-Keung Law, NTU, Singapore
Title: UAV-based Remote Sensing of Water Quality in Coastal Environment for Engineering Applications
Abstract:
Remote sensing of water quality using survey-grade UAVs holds tremendous potential for engineering applications in the coastal hydro-environment. The UAV can carry specific sensors on board to target different water quality parameters with high spatial and temporal resolutions. It can also be operated with flexible operational schedules compared to traditional means such as satellite imagery or point-based in-situ sampling. At the same time, strict requirements and government regulations are imposed on every UAV survey, and a detailed framework for the survey planning is therefore essential to ensure the safety of the UAV flight and its close coordination with neighboring coastal activities. Furthermore, the measurement accuracy needs to be quantified for decision support in engineering applications beyond the common classification and detection for scientific discovery. In this talk, recent field experience in the coastal environment of Singapore shall be presented based on engineering surveys using portable unmanned aerial vehicles (pUAVs) carrying a heavyweight spectral sensor. A comprehensive planning framework is developed involving pre-survey considerations, execution strategies and environmental factors to advance the future deployment of UAV-based remote sensing for coastal monitoring and to ensure the acquisition of high-quality data. Furthermore, the use of advanced machine learning techniques for the processing of big data from the hyperspectral/multispectral images shall be discussed, together with the procedures to establish the accuracy of the remote sensing results referencing the in-situ field sampling and measurements as ground truth. 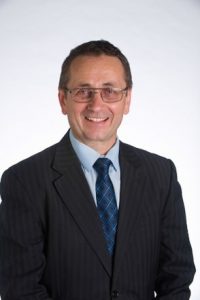 Prof. Alexander Babanin, University of Melbourne, Australia.
Title:
Ocean Waves as a Link Between Metocean Time Scales: Turbulence, Waves, Weather, Climate; and Between Environments: Deep Water, Coasts, Marginal Ice Zone
Abstract:
Until recently, large-scale models did not explicitly take account of ocean surface waves which are a process of much smaller scales. However, it is rapidly becoming clear that many large-scale geophysical processes are essentially coupled with the surface waves, ocean circulation, etc. In the presentation, wave-induced influences at the ocean side will be discussed. Theory and practical applications for the wave-induced turbulence will be reviewed in the presentation. 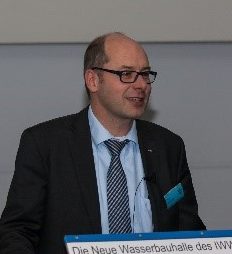 Title: Experiences and observations from the Flood Disaster 2021 in Germany
Abstract:
In the summer of 2021, the Ahr valley in Germany was devastated by a very severe flood event. Entire communities were metres deep under water, buildings were completely destroyed and even some entire properties were no longer available after the flood event. In July 2021, 133 people lost their lives in the Ahr valley alone, over 750 people were injured and thousands were affected by the flood. There were also a disproportionate number of people from particularly vulnerable population groups, such as older people and people with disabilities, among the victims of the flood. Many people in the Ahr valley lost everything and are still suffering the physical, psychological and material consequences of the flood disaster. The lecture is intended to identify lessons learnt and options for actions that need to be drawn for the region but also for other flood affected areas. 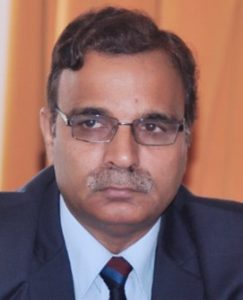 Prof. Jain S.K., IIT Roorkee, India
Title: Applications of Systems Analysis Techniques to Resolve Inter-State Water Sharing Disputes
Abstract:
Disputes in sharing water resources of a river basin do arise among the co-basin states. As per the law, tribunals are constituted to resolve the disputes. The tribunals typically hear the views of all concerned parties, analyze the information, and declare their awards. However, to satisfactorily settle dispute, it is important that the hydro infrastructure is operated such that all the concerned states get their fair share in space and time and as per the tribunal award. The present talk aims to demonstrate how the systems analysis techniques can be employed to achieve this end. 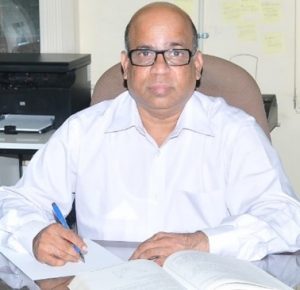 Prof. Mujumdar P. P., IISc Bangalore, India
Title: Urban Floods in India : An Emerging Hydrologic Challenge
Abstract
Most Indian cities face severe floods year after year. The Chennai floods of 2015, Bangalore floods of October-November 2021 and Mumbai floods almost every year in recent times, are some examples of urban floods with devastating consequences of loss of human life and property. Mitigating the impacts of floods in urban areas is thus emerging as a major hydrologic, engineering and planning & operational challenge due to several interrelated issues. An integrated approach towards mitigation of urban flood impacts should provide quantitative assessment of risk, vulnerability and resilience to develop implementable structural, non-structural and adaptation measures. Such quantification requires a sound hydrologic underpinning. Factors such as changing frequencies of high intensity precipitation in urban areas, hydrologic response of the urban catchments, adequacy of stormwater drainage systems, role of lakes and waterbodies in mitigating the floods need to be integrated in arriving at implementable solutions and in evolving planning alternatives. Recent work carried out on urban floods in Bangalore city addresses these issues. A collaborative effort between state government agencies, municipal bodies and an academic institute has resulted in pilot scale implementation of real-time data acquisition, coupled weather-hydrologic models with high resolution static and dynamic data and a mobile application for information dissemination. A summary of this work are provided in this talk.

Dr. Norio Tanaka, Saitama University, Japan
Title: Hybrid defense system for inundating tsunami current or overbank flow from a river
Abstract:
Not only engineered structures, but also vegetation buffers and the vegetation-embankment hybrid structures have been increasingly paid attention as mitigation measures against a tsunami inundation or overflowing water from a river. The lecture introduces the effectiveness to reduce the energy and erosion in association with destructiveness and controlling of floating debris accumulation revealed by post disaster survey, numerical simulation, and experiments. 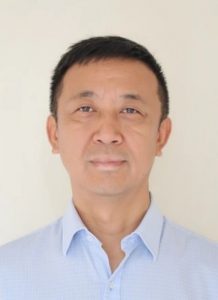 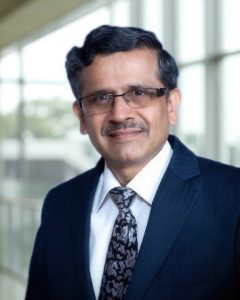 Prof. Ram Balachandar, University of Windsor, Canada
Title: The need for and characterization of fully developed flow in open channels
Abstract:
Turbulent boundary layers (TBLs) have been the focus of pioneering research since the nineteenth century. Two-component planar PIV is used to study the characteristics of fully developed smooth open channel flow at constant Reynolds number of 3.9 ×104. The Reynolds stresses and higher-order moments are used as indicators to establish the fully developed state. Flow properties are explored by identifying uniform momentum zones (UMZs) using probability density function of streamwise velocities. The instances are grouped based on the number of UMZs (NUMZ) and conditional averaging of flow variables of each group is used to evaluate the variation in flow properties between the developed and the developing flow. Large-scale ejections are found in the logarithmic layer when NUMZ is higher whereas a lower number indicates existence of large-scale sweeping motions.